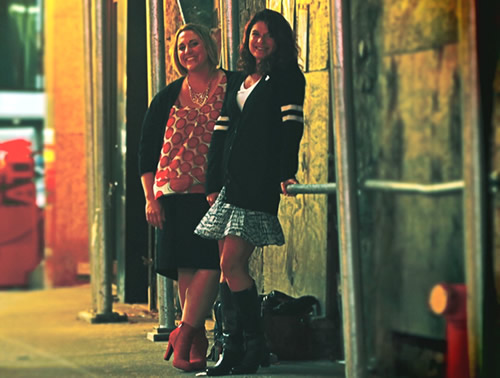 Underpinnings is the written manifestation of the troubles and frustrations inside the minds of Helen Robinson, P.E. and Peggy Hagerty Duffy, P.E., D. GE.

Helen is the daughter of world-class trapeze artists, and she became interested in soils and structures when her father was injured in a famous circus tent collapse. Helen bucked family tradition and attended Pennsylvania State University for an engineering degree, but she paid for all tuition and board by putting on trapeze and tightrope shows during fraternity parties (aka Helen’s Acrobatic Alcoholics and Their Sexy Sideshow). After graduation, Helen tried working in government positions, saying that it was the closest to circus life she could find. But the private sector soon lured her away with the promise of a new gig – juggling! Today she has mastered this art and proudly manipulates three kids, an industry magazine, a women’s industry committee, and her steel manual. 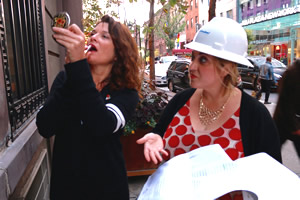 Peggy grew up a muddy child in a clean world, a constant statistical anomaly and data outlier, even in her own family. She tried to open her own detective agency at the age of 10, but nuns at her school pointed out the impracticality of tailing people without a driver’s license. She began to understand that some of the most interesting mysteries were below the ground, so she attended the University of Louisville to study geotechnical engineering (and for a chance to be near the best football program anywhere). Prepared for anything, she undertook one of the most dangerous adventures possible – opening her own business. Today she wrestles with contractors, dives into dangerous excavations, writes IN INK, and tries in vain to understand why people can’t use apostrophes appropriately.

Helen and Peggy are passionate about shoes, men who look like James Bond, and correct grammar. They can be found at the bottoms of very deep excavations, wondering if their makeup works in that lighting. 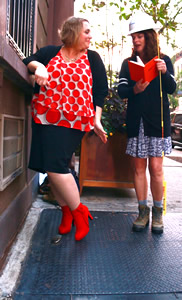