there are no stupid questions

Speaking Up and Speaking Out 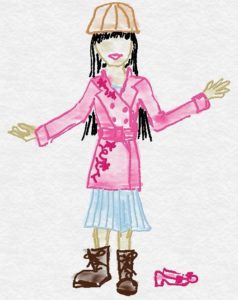 Recently I have had conversations with some of my friends and colleagues in the industry to try to explain a phenomenon I can’t quite wrap my head around. In a situation where there are a large group of professionals, are women are more inhibited to voice their opinion?

Here’s an example: the Deep Foundations Institute (DFI) holds an annual Hal Hunt Lecture on Communications. In 2015, the guest lecturer was Billy Beane, former professional baseball player and owner of the Oakland A’s.  He is famous for applying statistical analysis to the evaluation of players. Beane delivered his lecture to a standing room only crowd which consisted of perhaps 90% men. Following the speech he entertained questions, all of which came from men in the audience. I am stereotyping but you could argue that the men who asked the questions were sports fans, or A’s fans (the conference was in Oakland), or fans of Beane himself. Now fast forward to 2016, when DFI’s Women in Deep Foundations Committee solicited sponsorships and selected the first female Hal Hunt lecturer- Dr. Mae Jeminson, the first African American woman in space. Dr. Jemison was a very captivating speaker, especially because she “nerded out” for a group of well, nerds. The audience in this case was very similar to the prior year: about 85% male. Unfortunately, there wasn’t much time for questions afterward— Dr. Jemison could only entertain 6 or 7. But not one of them came from another woman. I have to admit I was very disappointed about that. Why? Because I wanted to visibly express how important and significant it was for the women in the room to have her there.

In the Beane lecture I was trying to think something to ask him, for the sole purpose of being a woman who spoke out with a clever question. Nothing came to mind, and if I couldn’t think of a good question then I didn’t want to ask it. Also, I only began trying to think of a question once the Q & A period began, not throughout the lecture. So when Jemison spoke, I was prepared.  As chair of the WiDF committee, I had the extreme honor of meeting Jemison and introducing her. I didn’t want to take any more floor time by asking my own question.  But I could recruit others for the cause.  As attendees gathered for the lecture, I scurried around and asked about 10 different women if they would consider asking a question following the lecture. I held the microphone at the talk’s conclusion and brought it over to those people raising their hands with questions. But as far as I could see, not one woman held up their hand while the room was full of questions from men.

I am trying to understand this better. I can tell you some general thoughts and preferences I have about speaking up in a crowd. I am generally content to listen passively to a debate or discussion unless I feel strongly about the point I am making or have a motive behind speaking up (e.g. visibility). If I don’t speak up it doesn’t mean that I don’t have an opinion. But I often keep quiet and absorb what is going on in the discussion. I also know that if I am putting effort into formulating a response, I don’t get as much out of the dialogue.

I don’t respond well to someone urging me not to be shy or to “come out of my shell”. This isn’t an issue of shyness. Those who know me well know that beneath my (hopefully?) sweet and personable exterior I have a strong personality and I am very vocal about things that bother me or excite me. In a group setting this often doesn’t come through. Sometimes I don’t feel like exposing myself and would rather make a more personal connection one on one or in a smaller group. I would much rather stay quiet on many group topics including technical issues (unless it is the corrosion protection of soil nails).

I must also admit to waiting to get a feel for the flavor of the participants in a group conversation before sticking my neck out. I wait to hear part of the discussion to get a better idea of whether my thoughts will be well received and will resonate with others in the crowd.  Why? I have yet to see a Facebook debate about politics, sleep training your child, or whether cauliflower is a valid pizza crust that ended with someone being swayed to the other side, or even ended in a civil manner, so I often think what’s the point of even trying?

Now let’s talk about why my question had to be a good one. We’ve all heard the phrase “there are no stupid questions”.  And I absolutely agree with that…unless they are my own. I want my questions to be thorough, respectable, and witty if possible.  I want to impress the person I am asking with the depth of understanding that I have about the topic, but appear humble and willing to receive the knowledge they are about to impart.  Not to mention bonus points if the question is useful or meaningful for other listeners as well.  I am slowly but surely working on these inclinations.  I believe this is one of the hurdles that many women need to overcome: to stop judging ourselves so harshly.

There are times when I am on a conference call for example and don’t follow the line of conversation.  In the past I was embarrassed to ask for clarification, and assumed that I would figure it out myself later.  I didn’t want to hold up the call or inconvenience anyone.  This goes hand in hand with a propensity to apologize for things.  My softball coach tried so hard to break me of that habit. When I threw a bad pitch in practice I gushed sorries at him and the catcher. But you know what they say, there’s no sorry in softball!

I think these tendencies are factors in some women avoiding STEM careers. A study (Dweck 2007) found that 5th grade girls routinely outperform boys in school subjects, including math and science. But when given an unfamiliar or complex subject, girls were quick to give up—those with higher IQs were actually more likely to quit. Boys saw the difficult material as a challenge and redoubled their efforts.  Realizing these general predispositions can help us mentor young women in our field as well as save us from ourselves.

So, should we force ourselves out of our comfort zones?  Men that I have discussed this with have assured me that it is just as difficult for many guys to speak up in a group setting. Some have indicated that throughout their lives it has been less socially acceptable for them to keep silent, so they have been forced against their introverted personalities to be vocal. I am glad to hear this type of revelation from men because it reinforces the point that personality and environmental influences are major factors as well. Of course there are also plenty of men and women who like to hear themselves talk.

One male colleague that lent his wisdom on the topic pointed out that all of these numbers and observations are skewed by the male to female ratio in geotechnical engineering. So something that seems to be an overwhelming pattern, such as only men asking questions at the DFI Hal Hunt lectures, actually makes sense for the high percentage of men in attendance.

In conclusion, I believe we need to speak up and speak out, even if it goes against our natural affinities. Do you feel comfortable speaking out or do you have to force yourself to be vocal?