Our Sacrifices, Their Future

Driving Toward the Future 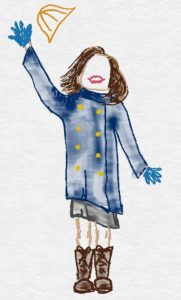 Did you see the Super Bowl Audi commercial with the young girl driving the boxcar?  Here is the link in case you missed it:  https://www.youtube.com/watch?v=G6u10YPk_34

The commercial drew some criticism in its pre-Super Bowl preview; Audi North America only has two women in senior leadership positions and no women on its senior management board.  That being said, they still spent millions of dollars to make a statement, and are following up on that by committing to 50 percent of their graduate internships going to women.  I hope that broadening of the initial candidate pool causes a ripple effect all the way up the chain.

Setting that aside for a moment and focusing on the commercial itself, it caught me off guard.  Sandwiched in between commercials that were loud for comedic value, this was quiet and stirring.  I was immediately pulled in by the beautiful camera work and the isolated string music.

Outside of my day job in a “dirt adjacent” field, where I am typically only one of a few women in the room at any given time, I am a soccer coach.  I have to say that, however gender-skewed my day job is, my extracurricular choice is downright barren.  I’ve been coaching for over eleven years now; I can still count on one hand the number of female coaches I’ve coached against.

I get asked by friends and family all the time when I’m going to hang up my coaching cleats.  To be fair, they have a point.  The spring season starts with winter training indoors in January and goes through mid-June.  It requires somewhere in the range of 20-30 hours per week, and let’s not discuss the amount of additional time in the car between training, games, and tournaments.

By May of each year, things are usually spinning out of control on the home front.  Groceries?  What groceries?  When is the last time I mopped?  Dangerous question.  That’s not dust on the entertainment center, they’re unicorn sprinkles… whatever I need to tell myself.  That circumstance inevitably drives the question from those who know and love me, “Annie, how long are you going to continue to do this?  Your job (subtext: the thing that pays your bills) is really demanding.  Do you really have time for this?” I usually mumble some version of “I don’t know and, in the meantime, I’ll try to pin down one of the garden gnomes to see how he feels about scrubbing toilets.”

I’ve never had a smooth answer to this question.  The further I get into my career, the more it comes up.  I think the commercial grabbed me in the way that it did because I have known dozens of little faces just like that girl in the boxcar– hopeful, determined, sweaty, dirt-stained faces.  I want those faces to know that there’s someone out there who looks like them and is also determined, nervous, and trying to navigate triumphantly.

I have coached against a lot of guys; it can be a very testosterone-fueled experience– coaches yelling at their players, yelling at the referees, sometimes yelling at me when I deign to push back on a bad call or a late tackle.  It gets lonely.  Week after week I show up to face another coach who thinks he knows better than the girl coach sitting on the opposite bench.  I’m quiet on the sideline.  My girls know that I do my talking at training and games are for them to show me and themselves what they’ve learned.  Of course I’ll make tweaks or share some encouragement, but that is rarely what I see on opposing benches.  That’s not to say that they aren’t good coaches with lots of experience, but it’s interesting (and occasionally horrifying) to me how that can and does show up.  This isn’t an “us vs them” commentary, it’s simply a reminder to me that hopefully there’s some value in a dust-ridden entertainment center and a pb&j for dinner more nights in a row than I care to think about.

No coach is going to be perfect.  I once read that “a coach can make a team 10 percent better or 30 percent worse”.  I really believe that.  I also believe that the world belongs to those who show up.  Maybe next time I get the question about when I’m going to stop coaching, I’ll share this commercial instead of muttering about garden gnomes and toilet bowls.  Really, is there more of a reason needed?