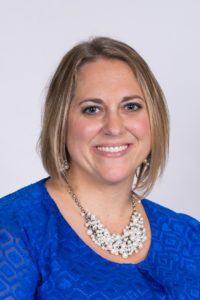 The Ins and Outs of Field Work

I have almost 20 years of (non-continuous) field experience.  This does not include my childhood, part of which was spent climbing trees to find the perfect quiet place to read. My first official geotechnical engineering field experience was a three month stint the summer when I was 19, during an internship just after my freshman year in college.  It was a learning experience in numerous ways.

I was excited to be on a construction site and learn everything there was to learn.  I honestly didn’t give much thought to being a woman on site.  Throughout grade school and high school, I hadn’t ever felt that I had been treated differently academically. I was in the mix of the guys and gals at the top of the class, and did well in math and science.  I took my share of AP courses and earned college credits at Villanova in a program for 12th graders.  When I entered Penn State as a freshman, I felt at home in the sea of 40,000 undergrads that bled blue and white. PSU has an excellent program for women entering the college of engineering called the Women in Engineering Program Orientation (WEPO). You head to Happy Valley three days before classes start in the fall, move your belongings into your dorm room, and then check into a downtown State College hotel for several nights.  There were ice breakers, team building activities, campus scavenger hunts, and we were assigned 3rd and 4th year mentors.  When the semester officially began, I lived in a co-ed dorm that had a special interest house, Freshmen in Science and Engineering (FISE) House. I was surrounded by young adults of similar intelligence and with at least a modicum of seriousness about their education.  My classes seemed to be divided evenly by gender, and the groups that I did projects and studied with were diverse.  I had both female and male professors.

After two semesters of study and although I was an aerospace engineering major at the time, I took a summer internship with a geotechnical engineering firm. I spent almost the whole summer on the same project site installing foundations for a shopping mall, and it involved rotating day and night shifts.  I was treated extremely well by the specialty foundation contractor.  The men were polite and kind and spent time explaining what they were doing and why.  They certainly didn’t have to.  My job was to log the elements as they were installed and to ensure the presence of continuous rock with no voids along the length of the foundation.  But they would spend extra time showing me the rig and explaining what they were doing when they had to fish out a drill string that had uncoupled, etc.  The men were very concerned with my safety on site and lectured me on making sure the drivers of the concrete trucks could see me at all times while they were pouring the pilecaps and I was collecting concrete samples and performing slump tests.

I clearly remember one scorching hot day when I was stationed by the rig with my clipboard.  We were advancing the bond zone and tediously grinding away on a 10 ft run of limestone.  The foreman was telling the colorful story of a gruesome injury that the current operator sustained years before (he had since made a full recovery).  The foreman, let’s call him Mack, was describing the scene and suddenly I felt extremely nauseous and thought I would pass out; likely a combination of the heat and the graphic details of the story.  Mack took one look at my face and called for a break, led me to the shade, and yelled for someone to bring water.  Not one person made fun of me (at least to my face) and I didn’t feel humiliated as I initially thought I would.

Now, as there were multiple crews and rigs working simultaneously on this site, there were several other inspectors from the geotechnical firm working on the project at the same time, all young guys.  I noticed that they did not enjoy the same treatment that I was getting.  I am not sure if this was partially due to their attitudes- they would often act like they knew and understood everything while I was continuously asking questions and taking notes.  But also I think that the male inspectors saw this (rightfully) as unfair treatment, and although they didn’t necessarily want the treatment I was getting, they were somewhat resentful of it.  Sensing this, I became concerned and made sure they saw me wrestling with my own wheelbarrow full of concrete for testing like they did, and refused the offers of assistance that came from the union laborers.

But it wasn’t all sunshine and rainbows.  I did face some challenging situations on that project. One day I was in one of the job trailers checking that my progress plans matched with the general contractors’.  I moved the plans to the side and beneath them were several open pornographic magazines.  Now I am no expert, and I didn’t read them cover to cover, but they seemed to be rather hardcore.  Free-thinking college girl that I was, I dismissed this incident and was thankful that no one had seen me discover the paraphernalia, although they must have realized that I would see it at some point during the summer.

Toward the middle of the summer some of the operations moved inside the existing shopping mall that was being reinforced to add a second story. One morning during the change from night shift to day shift, I walked into one of the stores where the column foundations were being reinforced.  Installation hadn’t started yet for the day, and there was a small crowd of laborers gathered around something.  I walked closer to investigate and stumbled upon the disturbing scene of a full sized styrofoam mannequin being violated using pieces of reinforcing bar in her mouth and other areas.  When the guys saw me, they stopped immediately and some looked extremely embarrassed.  Others laughed and waited to see my reaction. Although I could feel color filling my cheeks and my eyes brimming with hot tears that I wished would go away, I forced a smile and tried to act cool and casual and as if I were not even remotely offended. I didn’t tell anyone from my office about this awkward and inappropriate incident.

Near the end of the summer it was my turn for the night shift rotation. One night in the middle of the shift there was an issue that caused us to stop work and quit around 3 am.  One of the laborers who I was friendly with invited me to get coffee. Afterward we ended up in his car making out. Not the best judgement call but it was outside of working hours, he was hot, I was single, and hell…why not?  I didn’t feel pressured and we were just having a good time.

The night shift following this encounter with Laborer #1, I was approached by Laborer #2, who had no doubt heard of our rendezvous.  He said he wanted to show me something during the next break.  Naturally, this is the sort of thing that raises warning flags and little alarm bells in your head.  I impatiently ignored them, curiosity winning over my Spidey senses and I followed him as he led me to a dark area of the mall.

He tried to grab me and kiss me but I pushed him away.  He looked surprised and then angry.  He made a few degrading remarks about me and then left.  Neither laborer spoke to me for the remainder of the summer.  This didn’t affect the job that I had to do, but it made things rather uncomfortable and I can only imagine the rumors that were swirling.

Looking back on these last couple of incidents, I know I should have told my supervisors about them. I was embarrassed to do so, and didn’t want to create the impression that I couldn’t hold my own or that I was too delicate to do field work.  I also didn’t want to be a tattletale or get anyone in trouble. I hated the idea that by speaking up I might reinforce the stereotype that a construction site is no place for a woman and that it is too distracting and too much trouble to have women in the field.  But as a supervisor myself now, I want to ensure that the women and men working for me are treated with respect and professionalism whether they are in the office, on a project site, attending a conference, or anywhere in between.  It is up to everyone in the industry to create a high standard for appropriate and respectful behavior and not dismiss certain places or situations as those where “these things” inevitably happen.