Do Be Do Be Do

Was Frank Singing About Balance? 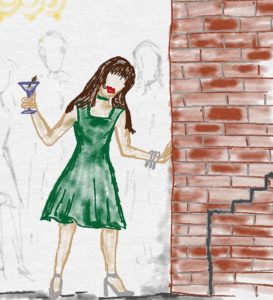 Are you familiar with the 50/50 theory?  This concept might be considered part of today’s earthy crunchy “mindfulness” movement, a nebulous buzz word-y school of thought that encompasses everything from recycling to snacking.  However, the 50/50 theory seems to have some actual merit, so I’m kicking it out of the 2-inch thick mindfulness puddle and giving it credit for some real depth.

Simply put, being means experiencing life and doing indicates proactively engaging in a pursuit.  For example, spending the morning preparing food for 40 and setting up a pregame tailgate would be considered doing.  Enjoying the football game and a few cocktails would be labeled being. Another example would be a professional conference.  Participating in a discussion reviewing upcoming changes to a federal guideline would be doing – enjoying cocktail hour with your professional posse would qualify as being.

The originators of this philosophy might have a stricter interpretation of being than given in this example.  Meditation and reflection could be interpreted as the only true form of “being.”  But spending 50% of our time meditating would be unrealistic for most of us, so I’m not going to address this concept in such extreme terms.

So why is this pertinent, and does it have any merit?  After thinking about it for a few weeks, I finally decided that this idea might be brilliant.  In fact, it might be a rather simple start to figuring out how to balance the many complications that we all deal with in life.

My initial reaction to the plan was absolute resistance.  Only 50% doing?  Are you kidding me?  There is no part of my personality that doesn’t say, “Let’s get this done!” My zodiac sign is Aries, for heaven’s sake – there is very little about a charging ram that involves just sitting back and experiencing life.  And my to-do list is 4.6 miles long.  Who has time to just be?

On the other hand, I kept thinking about that football game example.  I do love to plan all week with my BFF for our tailgate menu, and I can’t imagine not making gallons of bourbon punch and figuring out the best way to serve potato salad without giving half the crowd salmonella.  But the experience would be incomplete if I didn’t spend the three hours after the tailgate watching the game and chatting with family, friends, and random opposing fans.  Sure, at some point during the game I usually offer to use the rest of my college athletic eligibility and play offensive line (because NO ONE IS BLOCKING), but I don’t really mean it.  That three hours of non-participation feeds my soul, and the fact that I’m NOT actively in charge of the outcome of the game is one of the reasons I enjoy it so much.

We women spend a lot of time trying to figure out how to balance the long list of work/family/shoe shopping demands on our schedules.  There are bridge foundations to design, shoring systems to inspect, bids to complete, and groundwater conditions to evaluate.  There are also appointments for the kids at the pediatrician and the dentist, dinner to cook, groceries to buy, and the house to clean.  (Hahahahaha – just kidding on that last one.  But we’ll pretend).  None of these things smack of “being.”  And none of them are exactly optional.  For some reason those clients insist on having their projects completed this year, and the kids want to eat EVERY DAY.

But what about the rest of the list?  What about that extra white paper you promised to finish for a professional association committee?  What about the Pan-Asian cooking class you signed up for to make your dinner offerings more interesting?  What about the American Girl reading group you enrolled your daughter in (that’s 75 minutes away from home) because you were afraid Girl Scouts and soccer weren’t enough and because some of the other girls in her class were going?

Many of our “required” activities are prompted by our fear that we’re not enough.  We’re working, so we must be shortchanging our kids, so we must make up for it by enriching their poor abandoned lives.  We have families, so our careers must be suffering, so we must make up for it by engaging in more professional activities to prove that we’re still relevant.  (What about the shoes?  Why does no one ever worry about the poor shoes that are being neglected because of work and family demands?) Let’s call it what it is, the G word.  Guilt.  Most of us are so accustomed to carting guilt around that we would have phantom guilt, much like phantom pain with a severed limb, if it weren’t there.

The 50/50 plan says that increasing our efforts doesn’t necessarily put us ahead.  It says that we’re losing something in all of that overcompensating. Maybe our daughters would benefit more from sitting on the couch with us gabbing about where we would go if we had a ticket to fly anywhere in the world rather than spending an hour and a half in a car to go to a book club meeting about a book that she’ll forget in 6 months because she doesn’t really like the other girls in the club and she’s tired from all that driving around. Maybe our professional brains would be sharper if we sat in the park for an hour at lunch and contemplated squirrel behavior over a cup of soup.  Maybe we would appreciate our partners more if we spent the drive home thinking of all the reasons we love them rather than making a bunch of client calls.  We need to get ahead, but what is ahead?

Don’t get me wrong.  This isn’t the last 15 minutes of a Hallmark Channel movie where the heroine figures out that she needs to “follow her heart.”  In the grand scheme of things, life is a lot more complicated than that.  (But isn’t it nice to spend a couple of hours watching a world where life is that simple?  I heart the Hallmark Channel). Yes, you might miss out on an opportunity for advancement at work, but that advancement at this point in time might not be the thing that is optimal for your soul. We do want our kids to be well-rounded and have lots of opportunities, but having too many opportunities might be as detrimental as having not enough.  All of these decisions involve consequences – it might be our perception of the consequences that is slightly off base.

Each one of us have to evaluate what constitutes a proper life balance.  The 50/50 plan might be a way for us to take a little pressure off ourselves and spend some of life actually enjoying it rather than just getting through it.  Your interpretation of what constitutes being will be entirely up to you.  I’m going to try to rein in my inner ram and spend a little less time charging ahead and a little more time thinking about all the shoes I’ve loved before.