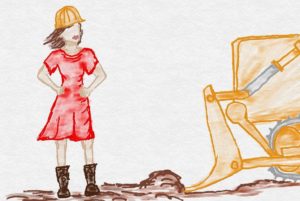 One Response to I Am Not One of the Boys